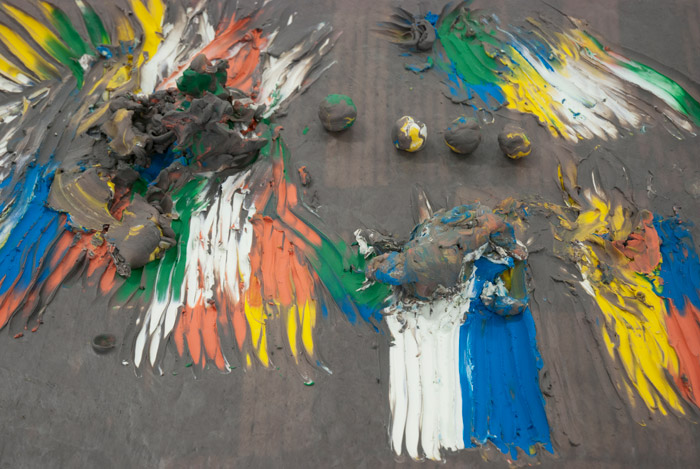 The Principle Rules was the fourth project within the presentation format on art as a Mental Space. This program consists of serial solo presentations, whereby each series has a specific focus. Each edition has Chrétien Breukers as a moderator. The moderator’s role is to represent an external perspective, to reflect on the concept and the exhibitions and to communicate his conclusions, ideas or thoughts. The Principle Rules featured Esper Postma, Hedwig Houben, Marianne Vierø and Sybren de Boer and was focusing on art as a “readable” principle, by which recognizable elements function as a basis for the construction of a visual language and the grammar of a different reality. Directed from one basic thought or gesture, but in the end primarily intuitive and poetic in result.