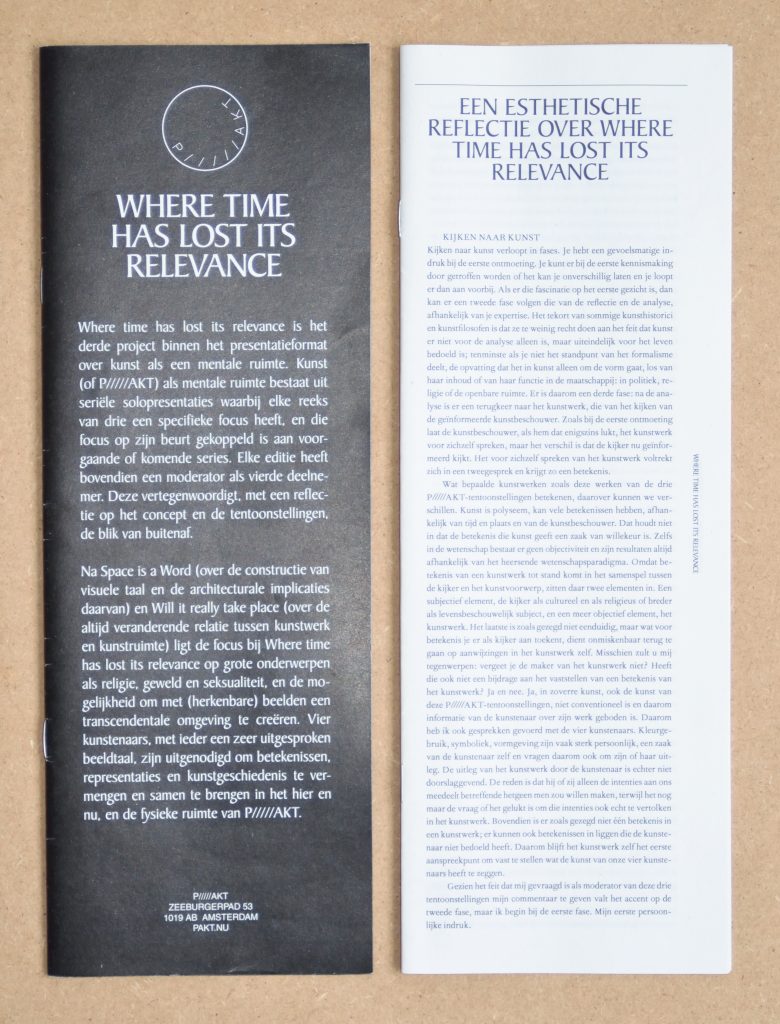 Where time has lost its relevance is the third project within the presentation format on art as a mental space. Art (or P/////AKT) as a mental space consists of a serial solo presentations whereby each series of three has a specific focus and this focus in turn is connected to past or forthcoming editions. Furthermore each series has a moderator as a fourth participant. The moderator represents, through reflecting on the concept and the exhibitions, the outside perspective.

Preceded by Space is a Word (on the construction of visual language and its architectural implications) and Will it really take place (on the ever shifting relations between artwork and art space) Where time has lost its relevance is focusing on big themes such as religion, sexuality and violence and the possibility to create a transcendental environment through (recognizable) images. Four artists, each with a very outspoken visual language, have been invited to assemble and merge subjects, representations and art history into the here and now and the physical space of P/////AKT.

Publication: Where time has lost its relevance, P/////AKT, 2012. A publication in two pamphlets. More information about the publication here.