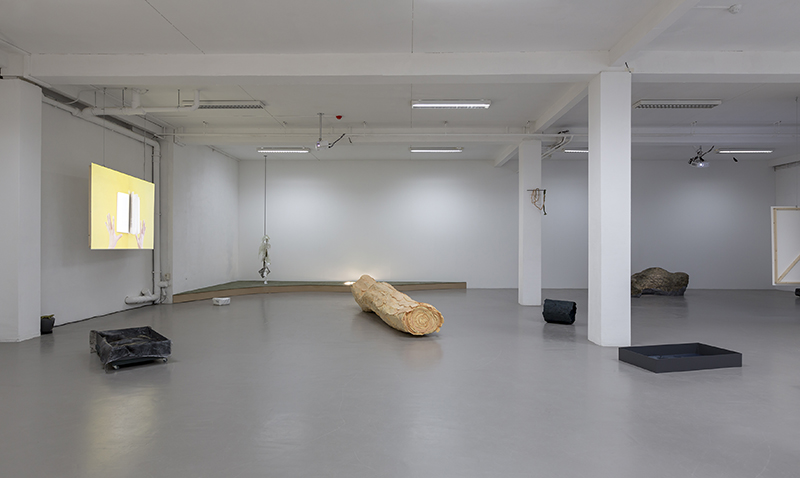 In idolatry people look at a poster of Mao, Jesus or Buddha before they close their eyes at night. They desire to hold the memory of the image in the dark space of their mind. The opposite happens when we see images of the plastic soup in the ocean and want to shut our eyes in relation to our own responsibility for this disaster. But what if you are struck dumb by the torrent of social media posts, the omnipresent commercials, billboards and brand advertisings which promise you an appealing rich and adventurous lifestyle? Maybe you just need to look away. This is where we are entering the realm of visual artist Mickey Yang, who satirizes the spoiled and fragmentary glances into the hyperreality that is projected onto our globalized, post-capitalist society, tricking the viewer like a magician. Are we duped by an artist who just recreated a copy of our artificial world? Do we need to look away or perhaps just try and really see?

Yang plays with the notion of misidentification in a light-footed way, far from the aggressive advertisings that are ceaselessly surrounding us. Her theme is taken from a natural phenomenon: the reptilian capacity of mimicry in which she recognizes a similar strategic mechanism as for instance applied in theme parks and resorts. She leads us to an area below the surface of our superficial culture, beyond what the human mind would normally perceive at first sight.

She has previously shown ingenious ways of transforming rather common materials in intriguing ways, for instance at Unfair in 2016, where she presented a small video work of a swelling and shrinking sponge. It mesmerized the viewer by its resemblance with the entrails of a living organism. Now, at P/////AKT, we find a ‘landscape’ consisting of soap, wax, metal, video projections and papier-mâché sculptures and, oddly, a large number of tiny Garra rufa or ‘doctor’ fish that are known for their use in spas.

The Closed Eyes metaphor of her large installation at P/////AKT evolves around the questions concerning our capability to (still) experience our own ‘nature’, the open minded gaze of our childhood. Just in case, this shouldn’t be seen as a sentimental ambition. Instead of merely proposing a cleansing ritual, Yang offers us something that is as alien as it is banal, humorous and serious, bringing something new and perhaps returning something lost as well.