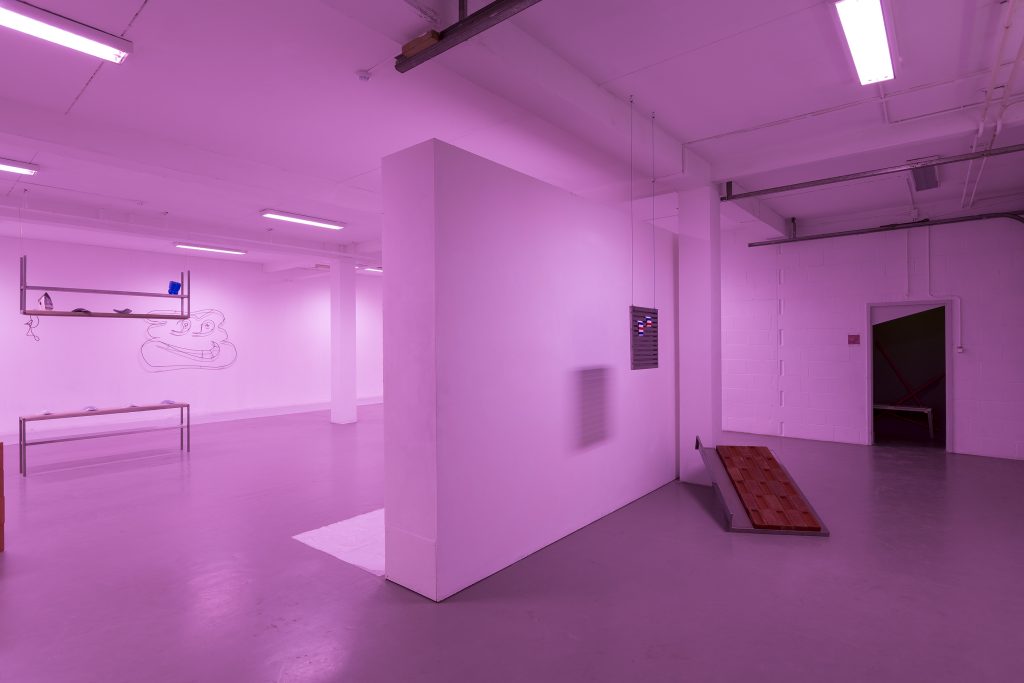 Michiel Hilbrink’s new installation at P/////AKT focuses on the notion of the subject and the other, their mutual relations and, more specifically, how they influence each other. From different points of view – professional, private, public, competitive, intimate, anonymous, to name a few – relations seem to have no clear boundaries. Where does a relation actually take place? How to recognise it? What are its effects? And are relations not mainly defined by language? Most relations are invisible at first sight, there seems to be nothing but an empty space. Maybe because they are so habitual or common that there is no conscious thinking involved. Relations between others can be invisible, or partly, maybe indirectly, visible. The works in the exhibition are the layered and merged results of the explorations developed from these notions, not only when it comes to the relations between persons, groups and other organized entities but also between them, the non-humans and the things. Without trying to establish definite answers, these explorations have led to aesthetic assemblages that interlock notions of identity, material states, role models, interfaces and marketing strategies.

In 2016 P/////AKT is focusing on the conceptual legacy of Marcel Broodthaers’ 1964 work Le Pense-Bête and its relevance in current discourse. P/////AKT has outlined six aspects of this key work, each of which comprises a solo exhibition, a public event and an essay. The French word Moule both means mussel as well as mould, and plays an important role within Le Pense-Bête and Broodthaers’ oeuvre. The third aspect of the series addresses its capacity to serve both as an object and a container for thoughts and ideas.