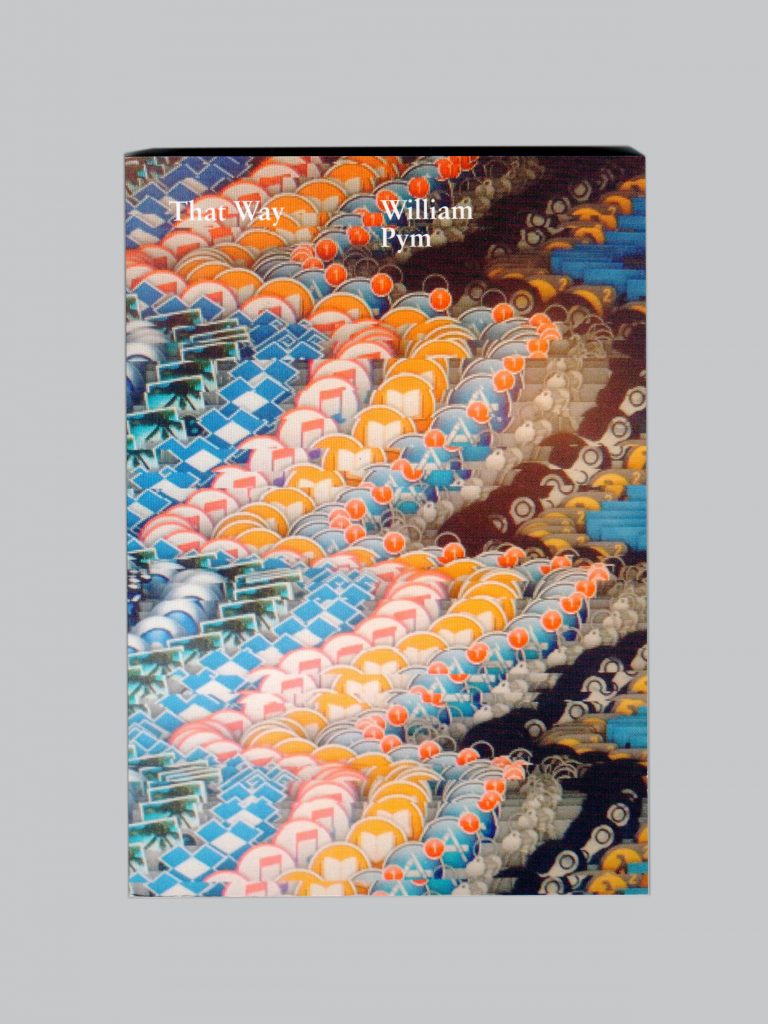 That Way is a collection of 25 short and long texts written in William Pym’s 20s and 30s, a period during which he was an art world professional, in unrequited love with that art world. These texts include letters, press releases, interviews, newspaper copy, gossip columns, lectures, zine essays, catalogue texts, memoir entries and speculative poetry-philosophy. Some of these texts were never published or self-published in small numbers, and some were gigs for Artforum, Megawords, the Philadelphia Independent or the Village Voice. All were read by very few people. Their subjects include, among many others, Ari Marcopoulos, Gumby, Lindsay Lohan, French Montana, Ryan Trecartin and Lizzie Fitch, Cali Thornhill DeWitt, Paul Ryan, Belle & Sebastian, Ornette Coleman and Jack Smith. The texts are largely confessional, the voice almost religious in tone. Pym considers That Way a work of critical theory for young people, and a patchwork memoir of a trying, unsavory period in the art world.