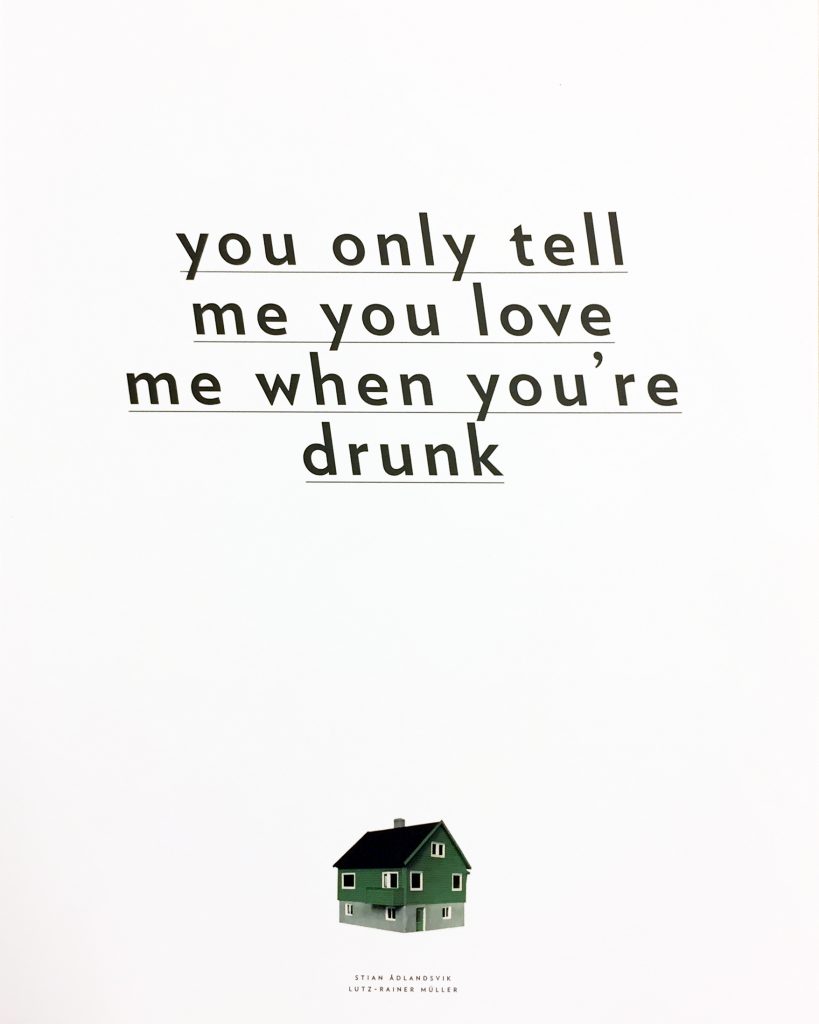 You only tell me you love me when you’re drunk is the title of a temporary public sculpture and the accompanying exhibition created by Lutz-Rainer Muuller and Stian AAdlandsvik in 2010.The starting point was a wooden house dating from 1956 on the island Askoy in Western Norway. The old single-family home, a relic of the sober housing of the post-war era, had to give way to a new apartment complex, and it was therefore due to be demolished.

To explore the gap created by the property market when an object loses all value, the artist duo developed a means of transforming the house before it was demolished: they made an accurate model of the house, which they sent around the world by post in poor packaging. Not surprisingly it suffered major damage during the journey, and the artists used this specific damage as a template for rebuilding the house. The resulting public sculpture was accompanied by an exhibition at Hordaland Art Centre in Bergen, in which remnants of the rebuilding were contextualized as artworks.

YOTMYLMWYD illustrates the conflicts and convergences of various value systems – between the worlds of art, architecture, cultural history, privacy and the property business. This catalogue is both a documentation of YOTMYLMWYD and a reflection on the impacts of these value systems.