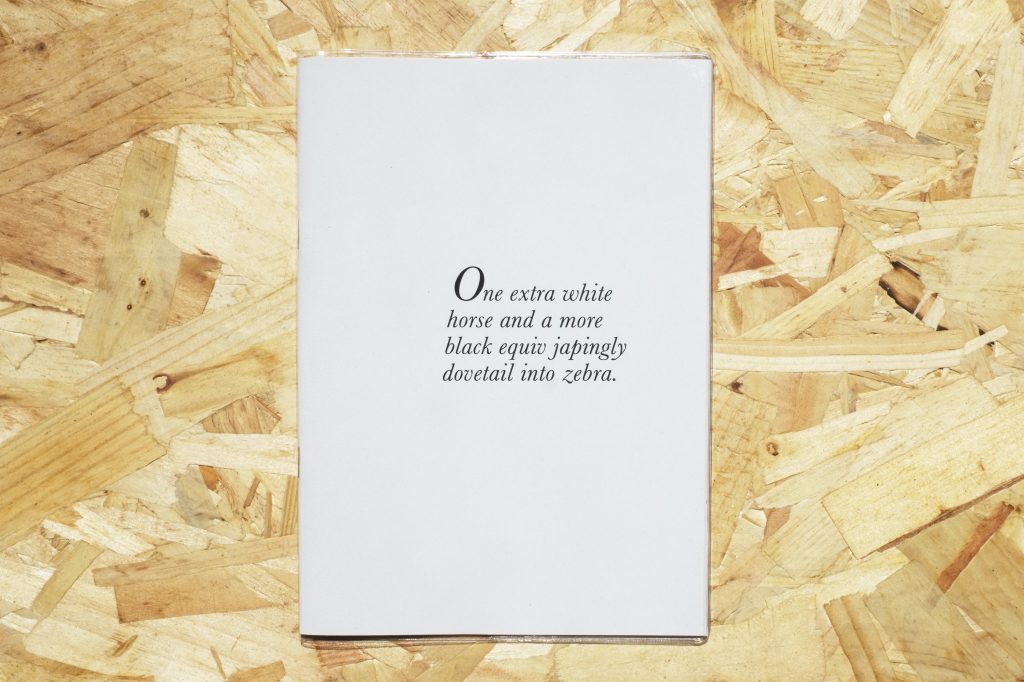 One extra white horse and a more black equiv japingly dovetail into zebra is one of an edition of 25 individually titled artist books. This work is a proposal for an alphabet without the letter F. A photograph depicting Lawrence Weiner leaning casually against the wall next to his work was uploaded to a website to point out in which letter the work was typeset. The website ascribes Weiner to be the alphabet’s sixth letter (that letter that starts the word we use when we describe moving through the air with wings). Each title is a pangrammatic phrase meaning that it contains every letter of the alphabet at least once. These phrases were written by the artist with the alphabet this artist book proposes.