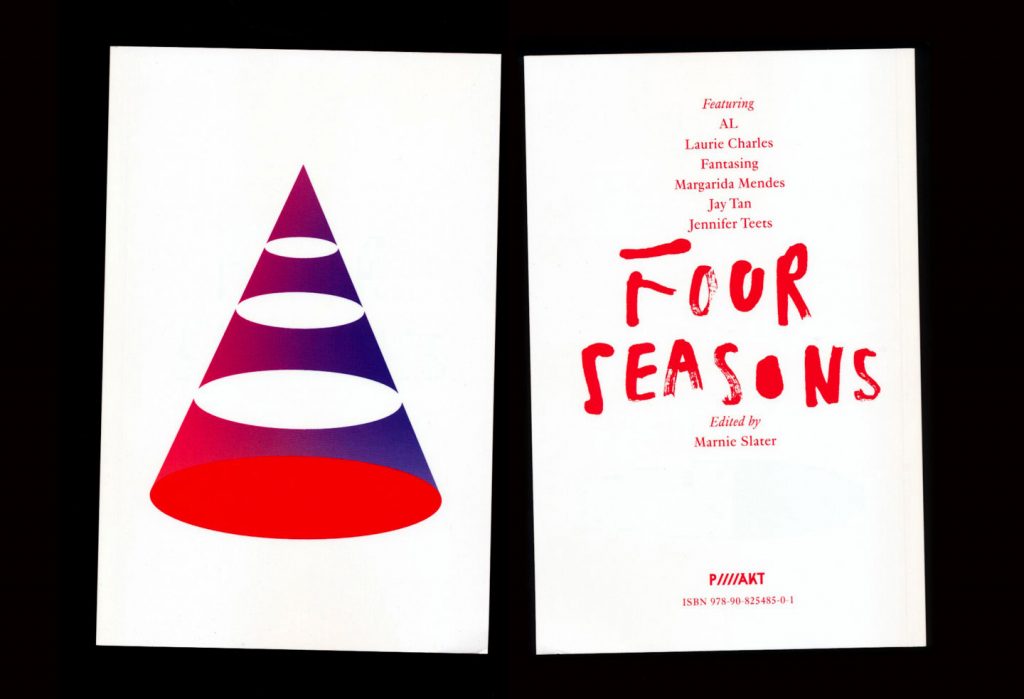 Four Seasons is a collection of fictional texts by women artists and writers commissioned during P/////AKT’s 2015 programme Not Making Sense as Something Else. In the company of coordinates that include the model of mutiverse or parallel universe fiction, the years 1985, 1986, 1974/1965, 1984/1990, 1990 and 1975, and an askew wink to Virginia Woolf in the form of a hotel room of one’s own, Four Seasons presents divergent writings that use absurdity, fantasy, imagination and humour as construction tools.