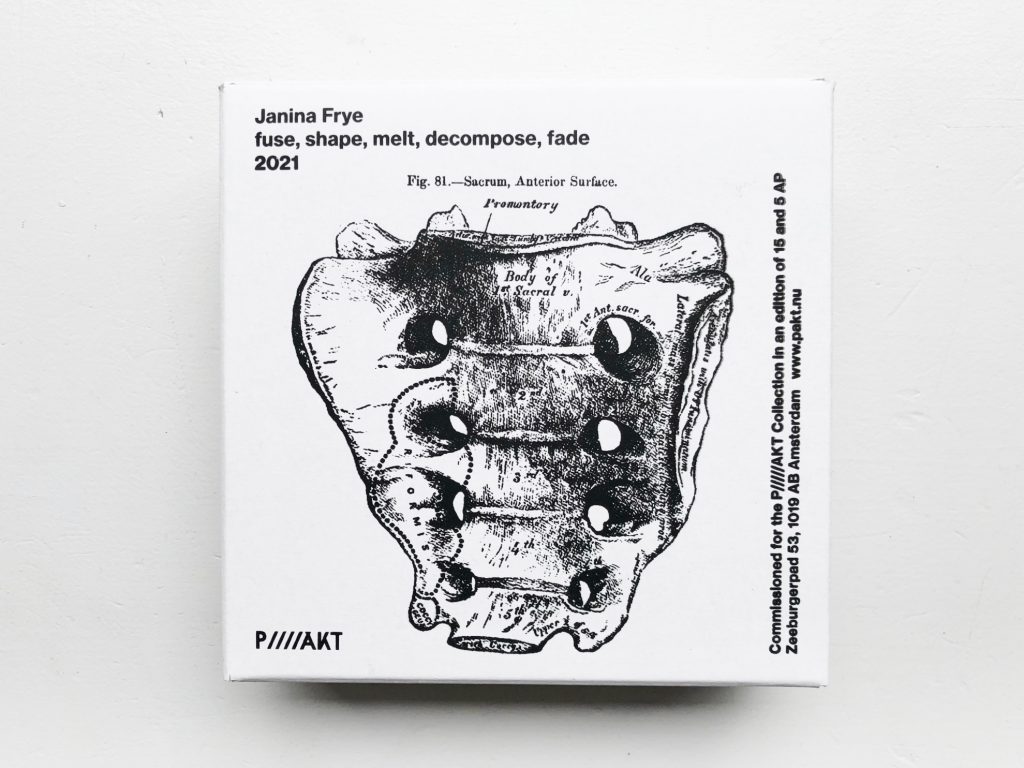 For the edition fuse, shape, melt, decompose, fade Frye was inspired by the concept of panpsychism. Thomas Nagel describes panpsychism as a view that the basic physical constituents of the universe have mental properties, whether or not they are parts of living organisms. Any living organism, including a human being, is a complex material system. It consists of a huge number of particles combined in a special way. Each of us is composed of matter that had a largely inanimate history before finding its way onto our plates or those of our parents. It was once probably part of the sun, but matter from another galaxy would do as well. If it were brought to earth, and grass were grown in it, and milk from a cow that ate the grass were drunk by a pregnant woman, then her child’s brain would be partly composed of that matter.¹

Commissioned for the P/////AKT Collection in an edition of 15 + 5 AP.
The edition is available through P/////AKT Membership program. More information here.