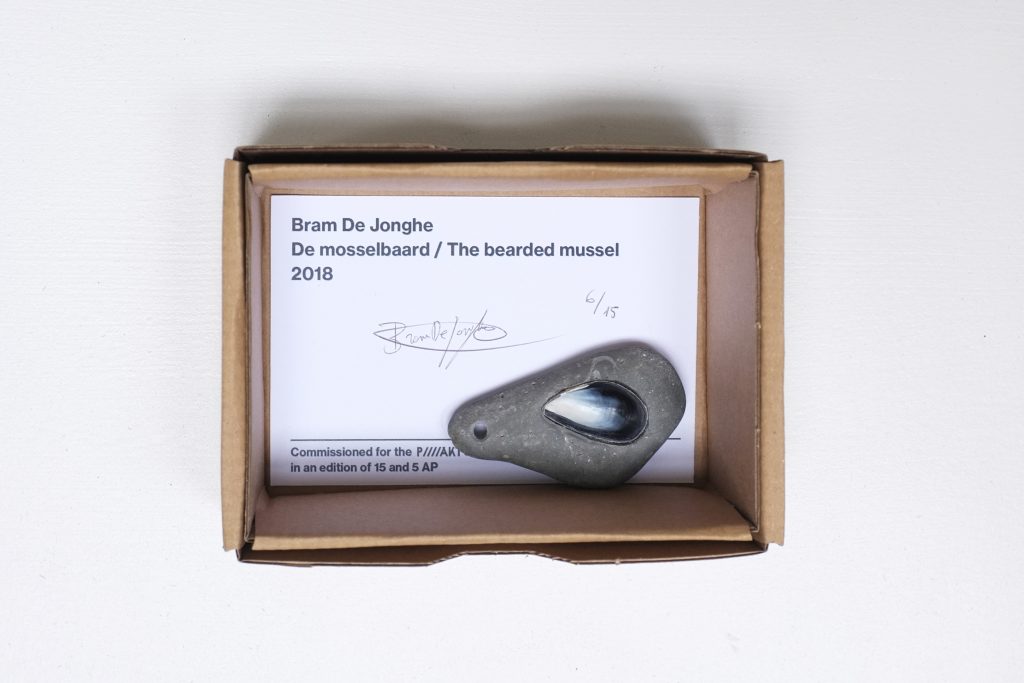 The title, A bundle of filaments secreted by mussels that function to attach the mollusk to a solid surface, commonly known as the “beard” – is a metaphor for the invisible yet strong function art has in society. These byssus threads are incredibly strong and flexible and able to withstand the enormous pull of the sea. One half of the mussel shell – an exoskeleton that protects the mollusk – is imbedded in a stone as if it were always part of it. The stone is reinforcing the mussel shell but at the same time it showing its vulnerable inside. A hole was drilled in each one, allowing it to be attached to any given surface – like the mussel’s beard would. The mussel moule in French, has a double meaning: both mould/cast and mollusk. The shell is the cast of the mussel and the colour gradient between the mantle line and the shell’s edge on the inside mirror the sea and the sky.

My parents used to own a well-known mussel restaurant called “The Cosmos” at the Belgian seaside in Middelkerke, my hometown.

The edition was commissioned for the P/////AKT collection in an edition of 15 and 5 AP.