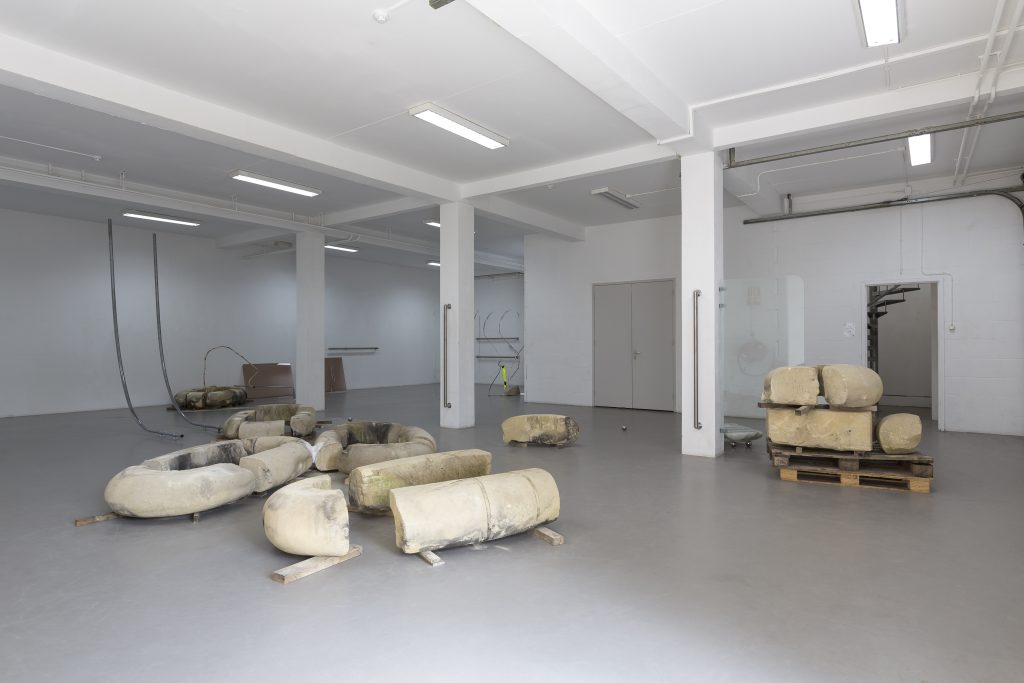 horizon is tilting with each propulsion of oars dragging the speculative transformations and arrangements behind. transfer will happen at the deepest if zeros will not bleed too much before.

stone boats, anatomy of numbers, towel, alienation from the present moment and perhaps an attempt to grasp the totality of the matter just a minute later. inert movement of layers (after a splash) are part of the large scale transaction. the subject of orange melts into the purple one.
future currency will corrupt the codes of today, even those covered with sun cream

/ she left for a swim after all

The work of Kristina Sedlerova Villanen (Finland, 1987) can be described as emotionally loaded transitions in perishable matter. She is interested in the inconsistency of human nature, the attraction of humankind towards building unequal systems, creating concepts and the need to believe in them. Working with geological sediments, poorly made degradable materials, immaterial sources and language deposits, she alters these raw materials and the information history they are loaded with, unfolding the structures behind hierarchies and ownership history of natural resources.

With a series of sculptural gestures, MAIN COURSE is examining its own name and internal and external relationships, mingling with the space of P/////AKT.