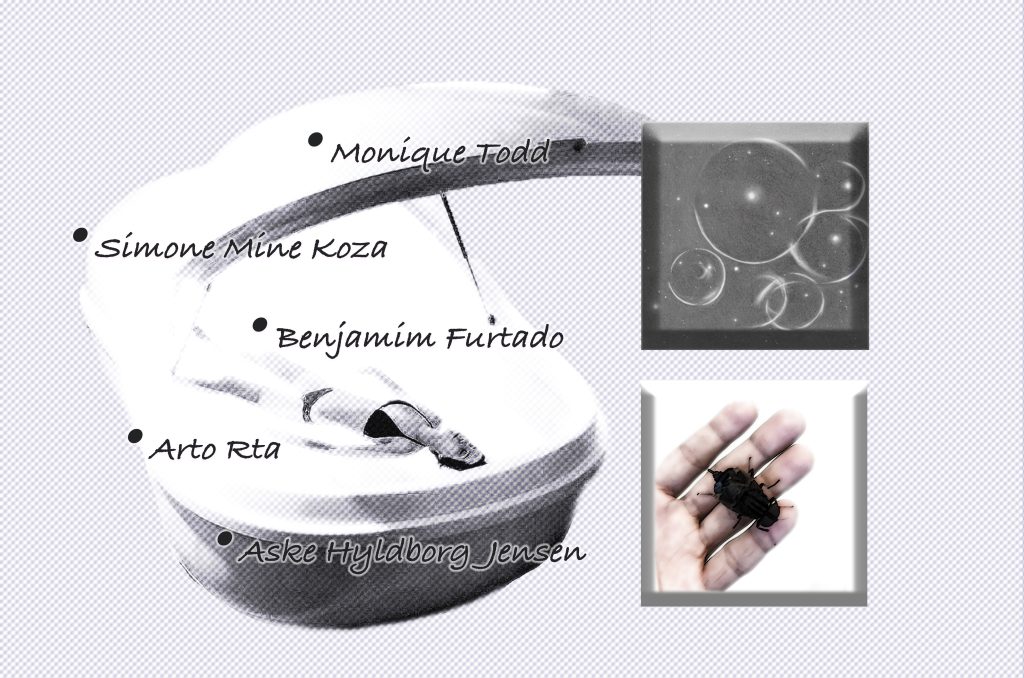 Boo 2 is an artist-run project space which started in January 2022 in a vacant store at the Boven’t Y shopping centre. Currently spaceless, it is looking for a new home. Each exhibition of the programme is created by proposing an artist to invite peers and organise a group show themselves. The aim is to give space for public presentations organised collaboratively and independently by the artists. Boo 2 restricts its role to facilitating a space and offering a communication platform. In its time at the Boven’t Y, the space was activated every uneven weekend by a show of three days after a period of two weeks where the artist worked in the space. The presentations at P/////AKT will follow this energetic rhythm that is at the core of Boo 2.

Their first show, Orbit Allures, will take place from the 12th to the 27th of November. Five artists bring their works together in a dialogue circling around actions of fantasising, repeating, craving and catching. On the night of the opening, there will be a musical performance by Benjamim Furtado, anticipating the release of his new album, A matter of pronunciation.

The second show, JANEY’S ROOM, will take place from the 7th to the 18th of December and is organised by Niklas Büscher and Sara Milio. Don’t miss their performance on the 10th!

Janey is at home. She was just dreaming. She reaches for her phone but decides against it. She creeps towards the mirror instead. She rubs her eyes awake, another day, still no freckles. Humming under her breath, she falls backwards, “…I wish I had a boyfriend…I wish I had a father. Maybe then I would have turned out right…”

Until the summer of 2023, and expanding the horizon to the future beyond, P/////AKT will be closely collaborating with some of Amsterdam’s youngest and finest. A celebration of The Initiative, of its dedicated organizers and of the many many talented artists that they (re)present and care for. We will talk, think, share experiences and insights and see what makes The Initiative tick. For starters our former P/////AKTPOOL space is put to new use by hosting initiative-initiated projects. Boo 2’s project was preceded by Tilde and Mutter.