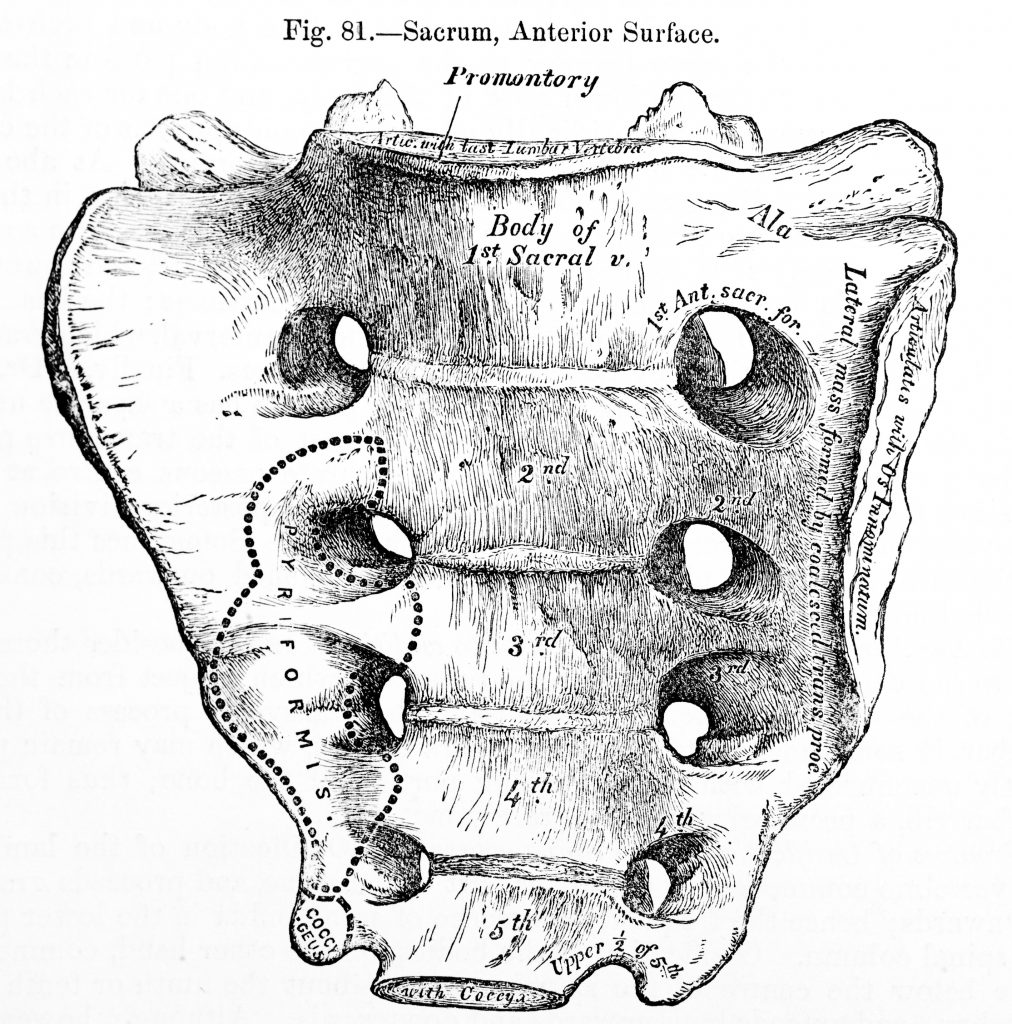 The sacrum is a triangular bone, which consists of five fused vertebrae. It supports the spine and the pelvis, and is connected to the head via the dural tube. The sacrum is the strongest bone in the body and is almost impossible to break. Because of its size it is also the last bone of body to decompose.

Janina Frye’s sculptures and installations present a concept of the human — a transformative system with connections, overlaps and entanglements linking the body to the outside world. Through the lens of new materialism, systemic theories and her personal observations, she puts forward the idea that the human skin is not a border, but an interface to the outside world. She explores how changes in our lives such as new technologies and scientific insights, as well as social, economic and climate changes, confuse the contemporary binary logic between human/object, animate/inanimate, nature/culture. She wonders how these changes induce, a process of alienation from how we perceive our bodies.

Frye is interested in the ‘the invisible’, in which immaterial and imaginary entities, fictions, phantoms and emergent processes influence this process of alienation.

For the edition fuse, shape, melt, decompose, fade Frye was inspired by the concept of panpsychism. Thomas Nagel describes panpsychism as a view that the basic physical constituents of the universe have mental properties, whether or not they are parts of living organisms. Any living organism, including a human being, is a complex material system. It consists of a huge number of particles combined in a special way. Each of us is composed of matter that had a largely inanimate history before finding its way onto our plates or those of our parents. It was once probably part of the sun, but matter from another galaxy would do as well. If it were brought to earth, and grass were grown in it, and milk from a cow that ate the grass were drunk by a pregnant woman, then her child’s brain would be partly composed of that matter.¹