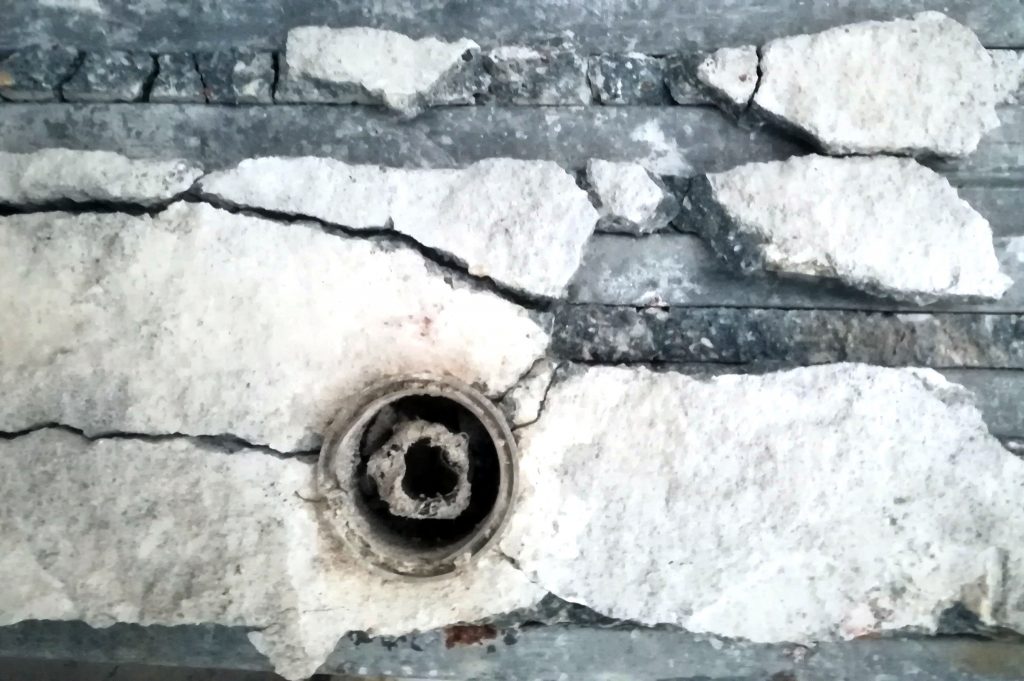 Benjamin
How would you define chaos?
I describe chaos as white noise. It’s the vagueness, the insecurity, that which is frightening and only half visible. This noise is never the same, it doesn’t have a purpose. It isn’t something that is predestined, like a clockwork always pointing at the same numbers. The noise is unavoidable, the noise is not perfect, pure or harmonious. The noise is scary, it pushes away from the universal construct. It’s the opposition without a foundation. Its foundation is permeable, self-destructive, self-renewing. The noise observes but only allows half to pass through. It resists both what is questionable and what we can rely on. The noise is the unrest – the tension between the conqueror and the conquered. It is the process towards breath without us having to feel it. It’s the dancing out of tune.
We are the engines of white noise as well as the ones who cannot see it. An uncertain contact. The way the noise affects us is similar to a blind spot.

Is there a relationship between chaos and horror?
A horror scene of course isn’t a horror scene if we already know when the monster jumps out. Fear is about what lies beyond our reach, we find it only when our certainties are taken from us, when our sense of purpose disappears and lose our grip. We avoid fear because we don’t want to become shapeless, to become chaos. Shapeless and in decay, unavoidable like a catastrophe.

Tessa
How would you define chaos?
I often have the feeling that, from a human perspective, everything is naturally chaotic, disordered. This corresponds with how I work: I seldom know what I want to make, or why. I don’t think I’m interested in meaning, but I have a neurotic side in me that is and which can cause quite a bit of friction during the process of making. That’s why a feeling of trust during the process is very important to me. Chaos is natural, it’s there – trust and stillness are, too (sometimes I think we’ve collectively forgotten that). I have to intentionally and actively remind myself of that conscience, which I think is hard and not always easy to attain. But that’s okay. A feeling of trust, hope, lightness: I’d like to give that to the person who is seeing my work.

Is there a relationship between chaos and horror?
I think horror thrives in chaos. It constantly wants to remind you that you’re not in control. As a genre it’s defined by the curiosity for the unknown. Rational meaning is no longer relevant. I think that’s what attracted me to horror to begin with. For a few moments, the plot doesn’t seem significant compared to what the character must go through, so there’s this hyperfocus – which is sometimes even serene (probably because we’re the spectator) – on space and objects, body and breath. Mostly anxiety-driven, but still.

Benjamin Francis‘s research focuses on non-harmonic chords and errors shifted to related themes such as discipline, power relations, hierarchy, religion and cleansing. Through a juxtaposition of several disciplines and hierarchical systems, he tries to force systemic errors that lay bare the foundations of power and vulnerability involved in human growth. Francis graduated from ArtEZ BEAR (Arnhem) in 2020.