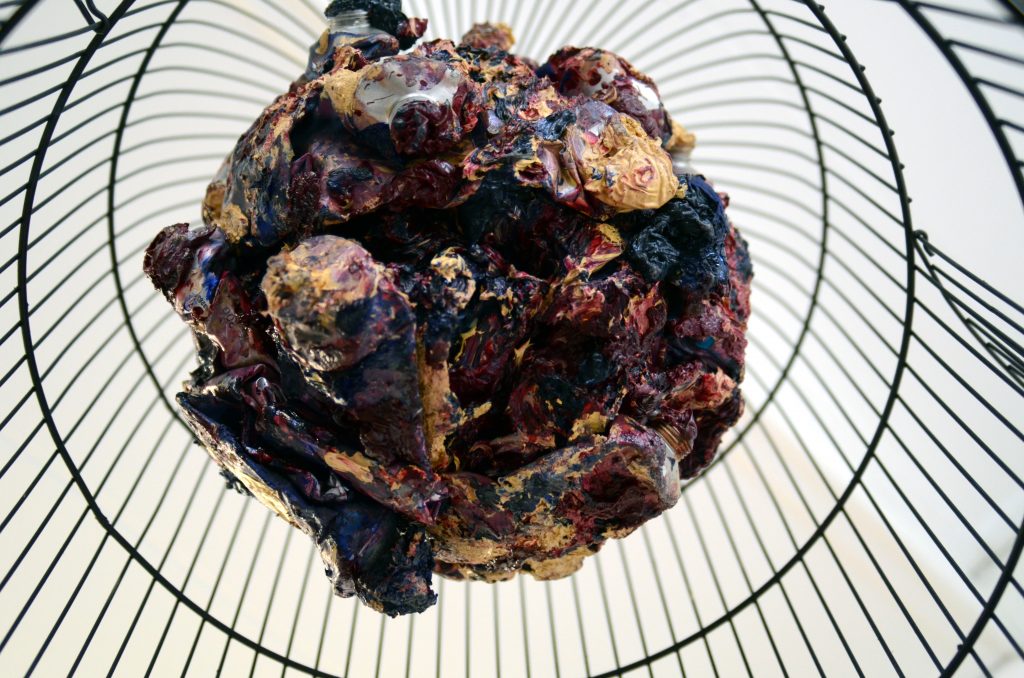 Almost Autonomous was first shown in 2009, as part of In Between / Let’s make things Better  at P/////AKT. Later on, the work became part of the collection of the newly founded Museum of…, which exhibited the work in an entirely different constellation: Museum of In Between meets L’art pour l’art (2017).

Museum of… was founded in 2014 as an exhibition space, a museum, a work hidden in a no-man’s-land, that can only be found through its coordinates. A place for art and its viewer, shielded from the large audience. An initiative that does not engage with blockbusters and defies superimposed opinions. Museum of… is an artwork that can be discovered and savoured in solitude and without any external influences, as a highly personal experience. The current location of Museum of… can be found through coordinates 50.690473, 15.201881.

Museum of… organizes presentations that are based on its own collection, consisting of elements that have been on display or perhaps will be on display during past or future presentations. Museum of… considers itself free to use these elements in different combinations, to remove or add elements for the realization of new constellations in order to address and stimulate imagination as well as an alternative way of looking at art.

For Unlocked/Reconnected Museum of… is presenting a recontextualized/adapted work from its active collection, addressing the specific circumstances of the art world at the moment.