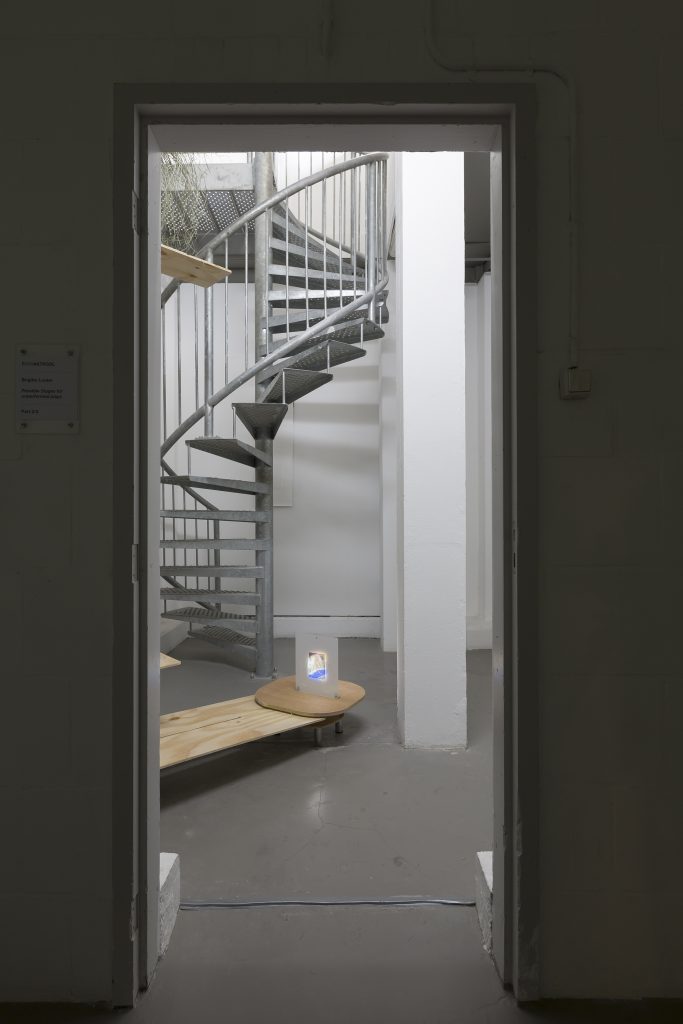 A character enters the former stage set, which mimics classroom elements.
This is the audienceless final rehearsal for a presentation.
Flipping the papers of the flip chart in reverse, he stops at the start and reads out a part of an index.

A morse code melody of little importance is sung from a microphone.

“The dashed line-”, the character continues, “that represents the uncertain, ambiguous, impermanent and nonexistent…”  (Louter, 2019, pp. 0 – 0)

He gestures frantically while he speaks. His impossible dotted hand lines suggest an impossible life.

Brigitte Louter is the seventh P/////AKTPOOLER, she graduated from the KABK in 2018.

The P/////AKTPOOL gives talented newcomers an opportunity to further develop and showcase their practice over the course of six months. Each year, two recent bachelor graduates are invited to realise three consecutive solo presentations in the tower-annex of the exhibition space, to invite special guests and to produce a publication.