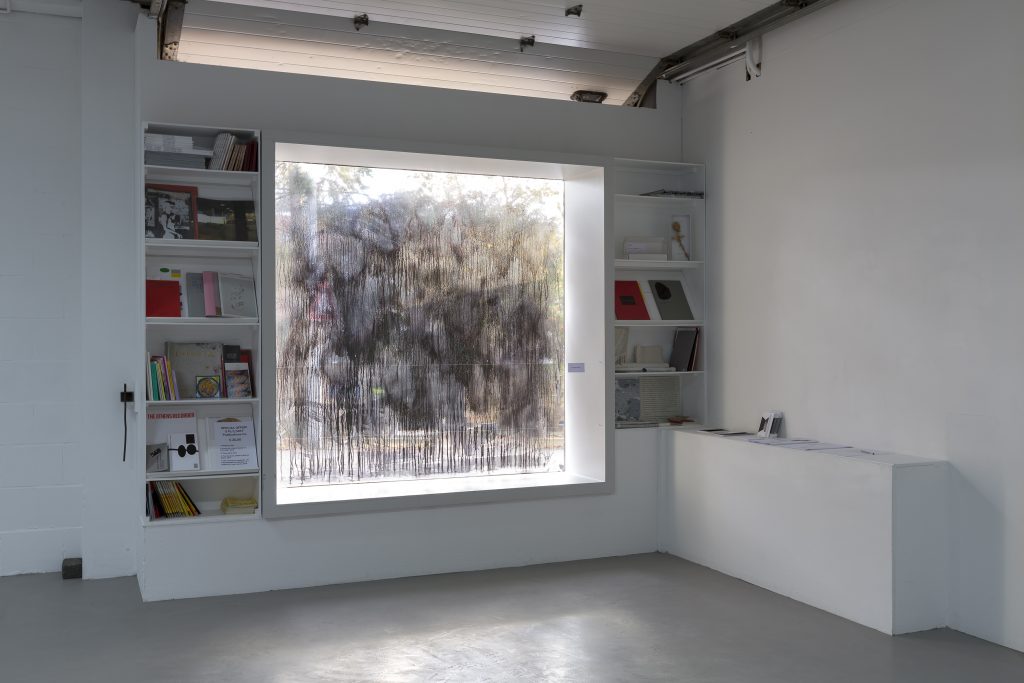 Sarah Pichlkostner creates sculptural objects and spatial settings through which she investigates the representation of invisible processes such as the transmitting of energy, the passing of time and our psychological behaviour towards materials and objects. Or as she states: ‘When material is brought to an object, i.e. is made into one, and the function of this object is continuously developing over time, then the object is ultimately reflecting us.’

If the moon was a cookie is part of an ongoing fictive story through consecutive exhibitions, every show being one chapter. The story deals with the conflict between the wish to be productive and finding emotional value simultaneaously. At P/////AKT Pichlkostner will be focusing on the idea of Ersatzhandlung (substitute acts) as a form of emotional behaviour or dialogue, attempting to bridge the gap between bodily functions and objects as well as examine the speed of time during the construction of memories.