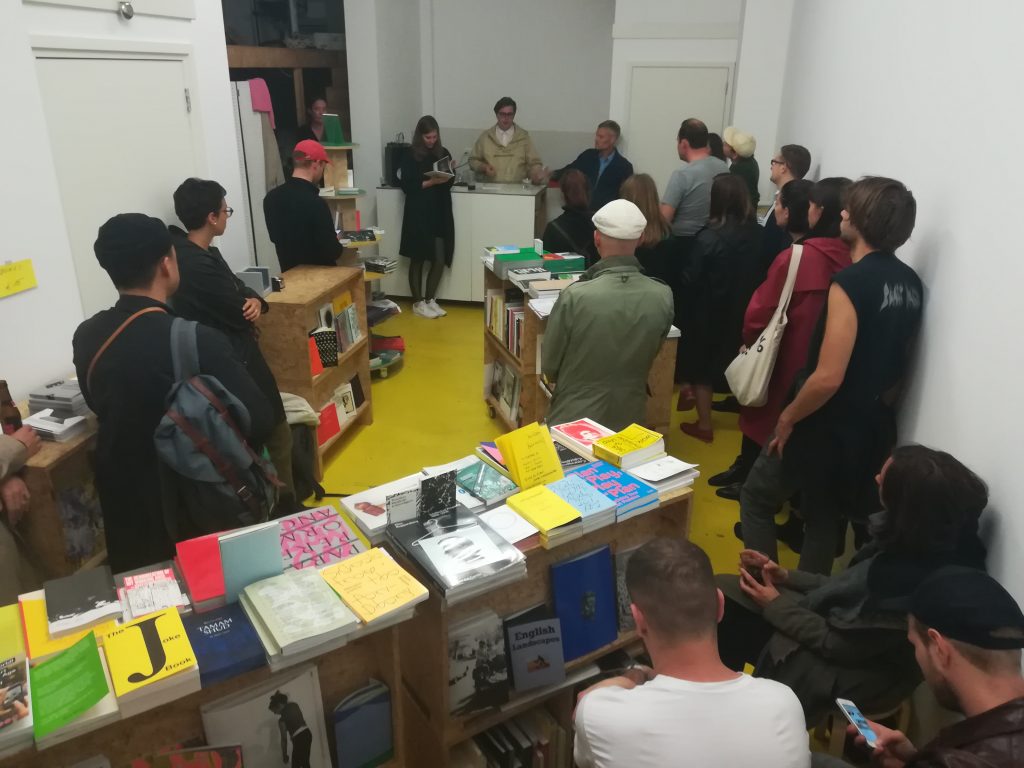 On the occasion of their first duo exhibition at P/////AKT, San Serriffe will host the book launch of Ghost Bag by Laura Kaminskaite and Dunes by Antanas Gerlikas. The two brand new publications will be presented by the artists through readings starting at 20:30.

DUNES, by Antanas Gerlikas may be a result of a dream the artist had back in 2013 during which he experienced sounds he never heard before, coming from an instrument he’d never seen before and he was struck by the strong nonhuman powers which he had never encountered before. Not long after, he had a dream in which an invisible, inaudible force asked him if he would like to learn how to “catch the right moment.” In another, the same force offered to teach him how to “communicate with space and its diversity.” Unwavered by the staggering abyss of total groundlessness, he said yes to both and continued to pose his own questions related to those from the dreams — how to govern things that cannot be governed? How to know when to give something up? Are dreams outside our reality?
These questions eventually formed the basis of this book as well as an exhibition the artist did at the Contemporary Art Centre in Vilnius in 2016 both of which share the same name.
The book is made up of conversations that Gerlikas had with people who may have had similar experiences, but who he mainly knew as experts in their crafts, who subscribe to the idea of apprenticeship and mastery and who, he also knew, allow the notion that some aspects of their work lie far beyond rational explanation. He thus approached carpenter Algimantas Verseckas, dowser and ethnic culture enthusiast Vaclovas Mikailionis and photographer Gintautas Trimakas – who later took the pictures in this book – as well as writer and self-aware “amateur” Post Brothers. Jonas Žakaitis had earlier conducted an interview with Gerlikas, which mainly focused on the musical instrument is reprinted here as well.

GHOST BAG by Laura Kaminskaite is an artist book that will be published online in a PDF format. Kaminskaite creates invisible events through objects and language, creating exhibitions, scenarios, and narratives in the minds of viewers, readers, and listeners. The structure of the book is similar to Kaminskaite’s earlier collection of unique works, Taxi Driver – a boîte-en-valise-like object-scenario meant to be presented by a single performer. The new collection includes writings by Laura Kaminskaite, Valentinas Klimašauskas, Nicholas Matranga, Žygimatas Kudirka, Paul Elliman, Monika Kalinauskaite and Raimundas Malašauskas, alongside Kaminskaite’s visual work. Pieces in this book trace abstract motions and a casual conversation outside a gallery, the shape of hearsay, of smoke, of spook, and of words rushing into each other. Ghost Bag is published by The Baltic Notebooks of Anthony Blunt (www.blunt.cc).