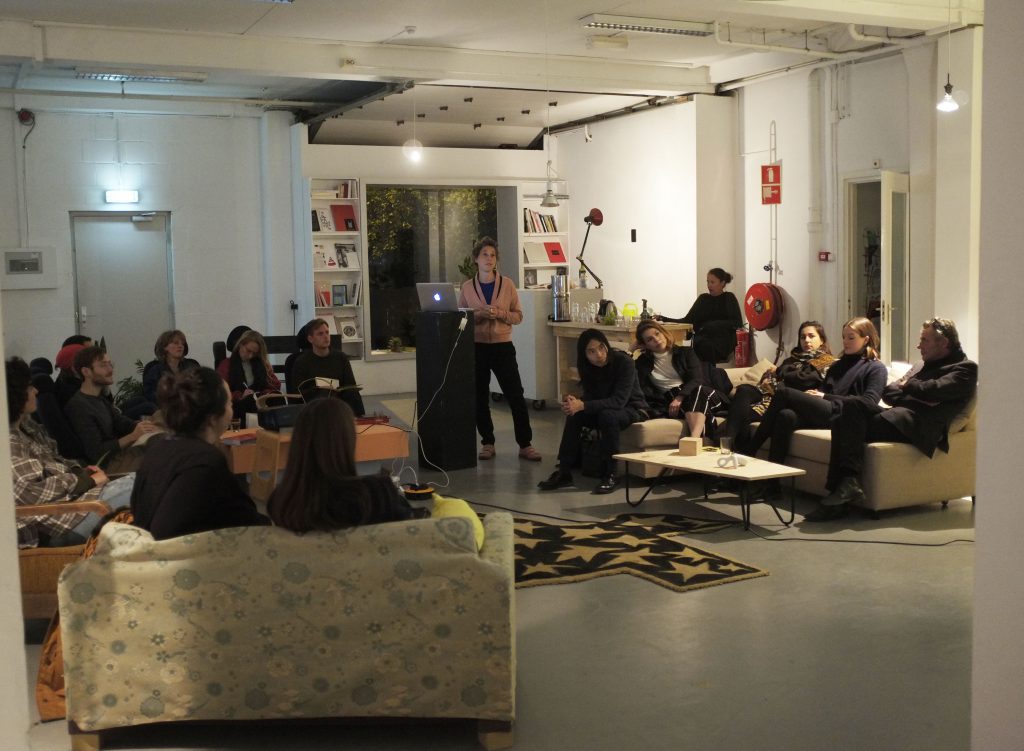 Join us for an evening lecture by Francien van Westrenen:

“An awareness of a reality goes hand in hand with a political awareness, with regard to both economics and the architect’s sense of moral responsibility.”
– Lina Bo Bardi, Architecture & Technology, 1979

Through their non-conformistic ideas about architecture, display and culture, Lina Bo Bardi (1914-1992, BR) and Frank van Klingeren (1919-1999, NL) show us the value of nuisance, the importance of unclotting and ways to understand the social.

After the lecture we will serve “pregnant sandwiches”, a recipe by Lina Bo Bardi.

Things are our best friends

They won’t leave us, even after a big fight or a war. They survive with broken arms or legs, becoming more delicate, more emotional.
Then to change the course of events, we send them to the trash, where all human grasping lays to rest, while we go out to buy a new silent companion and the process resumes.

Marianne Theunissen will present a conversation on things, hoarders, food, and the body.
Come listen, speak, and sweat. After the talk Emma Panza will offer healing massages with things.

“The fairest universe is but a heap of rubbish piled up at random.”
Heraclitus

“When it comes to the equation great civilization = pipes and sewers, there are no exceptions.”
Jacques Lacan

Come join us for an evening lecture with Aaron Schuster on the dirt, waste, sanitation, and the Hyperion Activated Sludge Plant, from a psychoanalytic perspective.

Come and experience three potions created by Géraldine Longueville; Introductory Water, Sweaty Water, and Focus Water. Géraldine will talk and explain the potions, how they work, and were conceived.

Styrmir Örn Guðmundsson will give a piano concert to the people inside of the Saunra. His tunes will help you to relax and forget all of your worries. The doctor has arrived. A recording of the concert is available here.