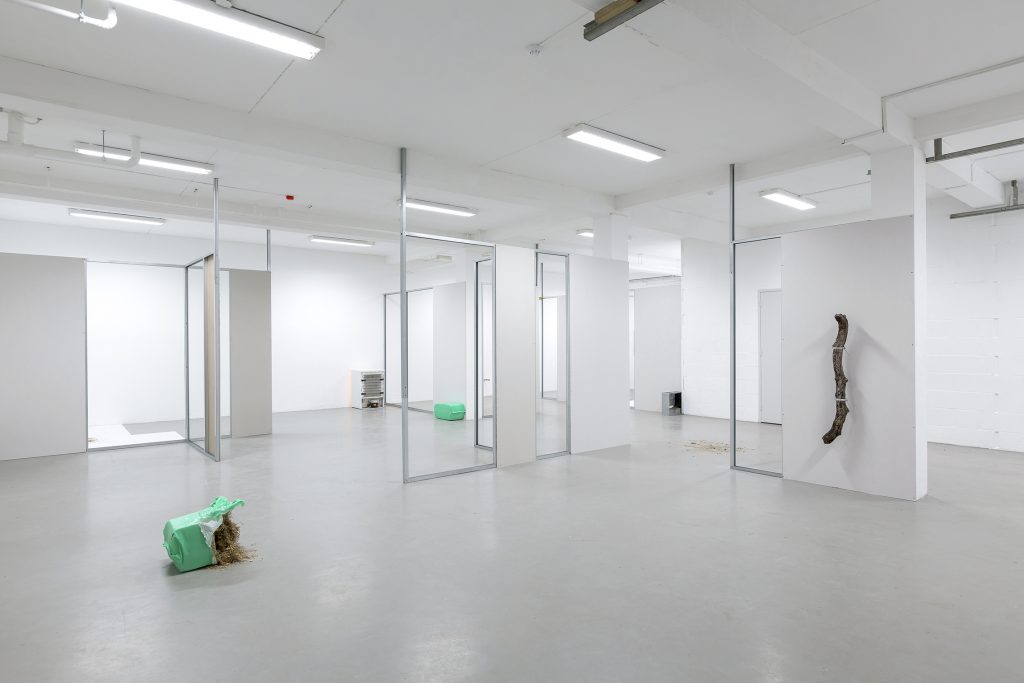 Nicolás Lamas’ practice mainly includes found objects, installations and sculptures that focus on the transitory and hybrid nature of reality.

For his first solo exhibition in Amsterdam he presents a dismantled production site interconnected with a series of objects that seem not to belong here. Using cognitive tensions between consumed and wasted energy, the show reflects on the transitory condition of matter as embedded in a system of ephemeral and divergent relations.

The Form of Decay is a new installation placed somewhere between an office space and an anthropological site. Through the detachment of man-made items, organic materials and mass-produced objects from their original functions, the exhibition recreates an ambience both wild and aseptic. There is a sense of strangeness floating in the air in which material interactions, frictions, attractions and repulsions coexist, showing Lamas’ interest in visceral materiality. When one moves through the space it becomes aware of the entangled processes that constitute this place. Matter is here an alibi that allows the viewer to address transience as intrinsic to the general state of things, bringing to light today’s cult to the perpetual circulation of energy, while triggering suspense.

The installation is structured around the encounters between a series of objects belonging to distant times and spaces, where notions of indeterminacy, danger and uncertainty become apparent. An energy of sorts entangled in a complex set of interconnected functions.

The project was developed in dialogue with Alejandro Alonso Díaz.

Lamas is also presenting his new book The Attraction of the Mountains, published by Posture Editions and launched during the exhibition opening.