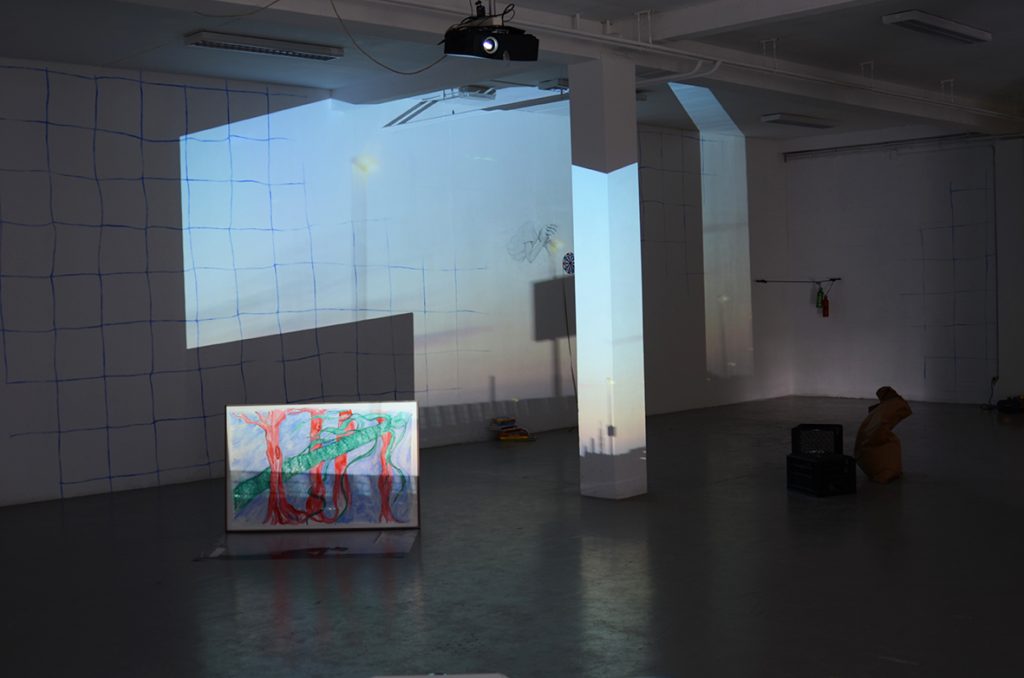 P/////AKT is proud to present Fur, Egg, Hips by Wineke Gartz; an intervention in the context of the exhibition Daisy Chain by Lorelinde Verhees. Gartz will respond to the exhibition by means of a VJ-performance, using video and slide projections, sound and spoken word.

While reading from her own drawings, writings and video works, Gartz will perform a live inquiry into the multi-layered co-existence of images, words, realities and emotional states, highlighting possible connections and dissonances between things. Through visible and invisible rhythms, grids and patterns Fur, Egg, Hips will talk about stamina, zeitgeist and love.

Part of the intervention will stay on view during the last days of the exhibition.

Wineke Gartz exhibits in the Netherlands and internationally. Her site-specific installations consist of a complex layering of images and media and use music and multiple video and slide projections that she integrates into architectural spaces. Becoming aware, being aware, and the spectator’s movements are important starting points to her. By using sound, projections, objects and drawings, which continually affect one another, she evokes a ‘total experience’ in which the transition between the conscious and unconscious is both emphasized and negated. Creating parallel realities mixing the ordinary with the heroic, her work covers topics such as psychology, beauty, death, illusion and perception, nature versus urban life, art and mass media. Currently she is developing live sessions as a way to perform her work and also started to work with musicians.

During the evening we will also celebrate the release of a new P/////AKT publication:
Pense-Bête. The publication collects the results of P/////AKT’s 2016 exhibitions program. More information here.