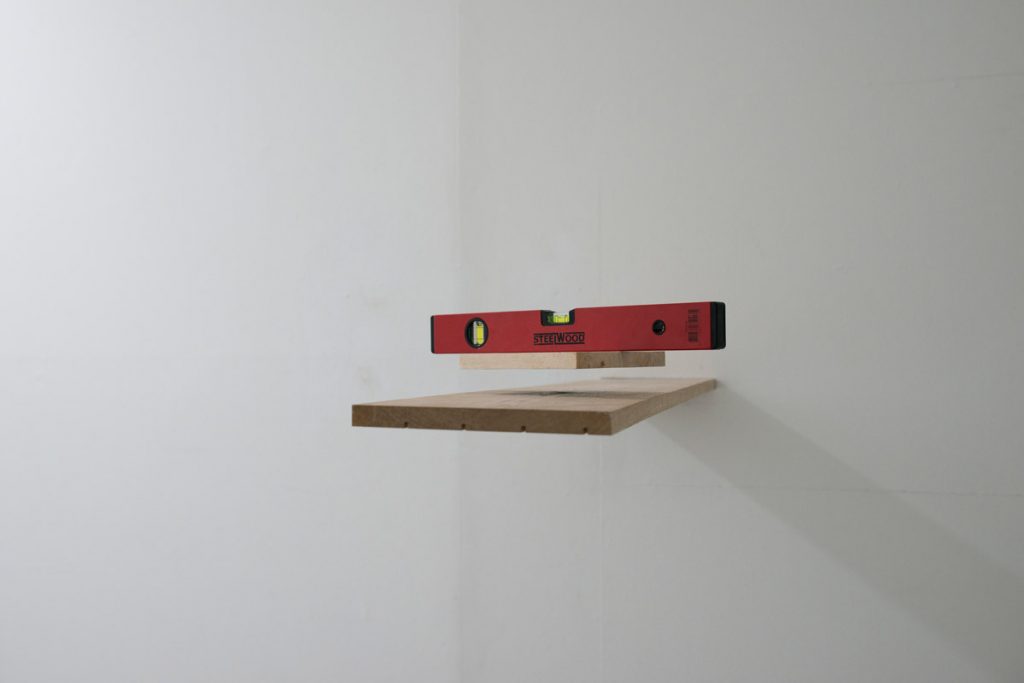 Bram De Jonghe combines monumental spatial interventions with fragile gestures. Time and again, he relates to the so-called white cube, which he experiences as a compulsory stigma as well as a starting point: De Jonghe manipulates spaces in a refined way. He constructs sculptural equivalents of reasonings ad abursdum: assertions that are carried through into the ludicrous in order to prove the opposite. This is exemplified by his ambition to make an instrument which almost blows out a candle. The relation between machine and craft is also typical for De Jonghe’s work.

The exhibition title Opmerkzaamheidsspanne is derived from the German term ‘Aufmerksamkeitspanne’: a combination of the words ‘attentiveness’ and ‘time span’. With this title, De Jonghe refers to the receptiveness of art to a broader audience. The failure of concentration in the process of looking, thinking and creating seems to contain a social critique: in how far can one be frankly taken off guard by new ways of seeing? In Opmerkzaamheidsspanne, De Jonghe wants to evoke other thoughts, by mixing poetic reflections and practical considerations.

Bram de Jonghe considers the white, neutral exhibition space of P/////AKT as a plinth for his alienating installation. A ‘MacGyverian’ way of searching for visual expressions and solutions is central to this practice. The full-scale setup is meant to shift relations between art and public, by turning the architecture from being functional to strictly visual. De Jonghe’s absurd and associative imagery generates an open-minded watching experience and a totally different perception of the space.

Bram de Jonghe (1985, Oostende) studied at Sint-Lucas in Ghent and is nominated for the Volkskrant Fine Art Prize 2015. Opmerkzaamheidsspanne is the first exhibition in the series Not Making Sense As Something Else, which is reflected upon by Freek Lomme (moderator) and Marnie Slater (writer).

P/////AKT would like to thank Stadsdeel Oost, Gemeente Amsterdam, Ammodo and Mondriaan Fonds