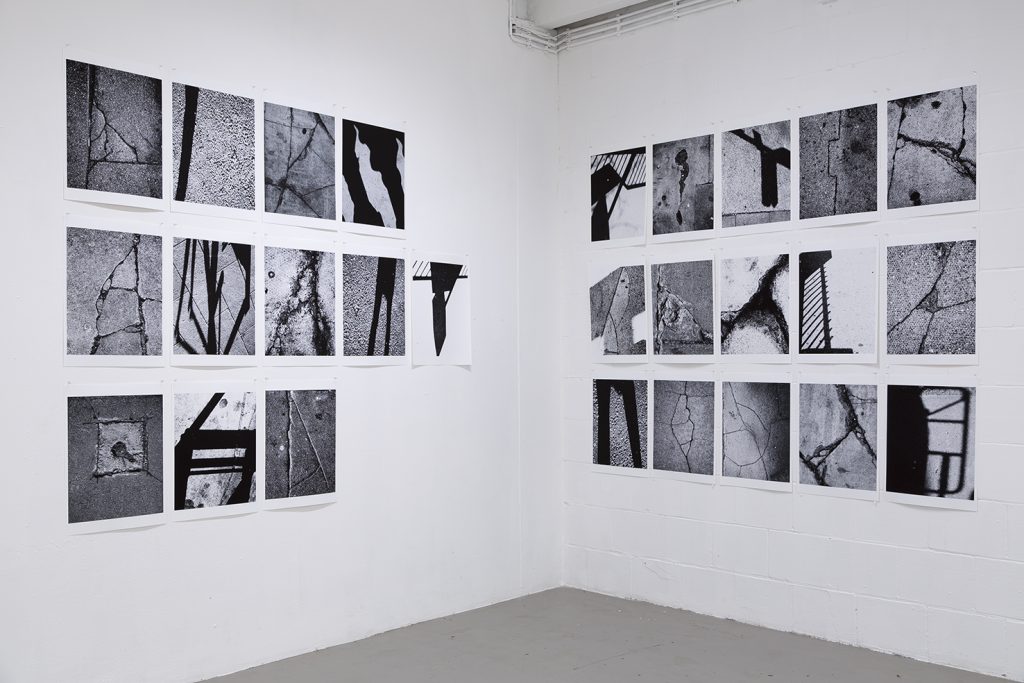 A shadow tells me there is something there – conditions bad — stop — like the air in which we breathe — expansible over all space — hidden like an ant — awaiting improvement — on a black rock — incapable of confinement — on a pitch black night — I can see if you are in front of me — our physical being —advanced — if you go away — we move — base abandoned yesterday — like fire — or exclusive appropriation.

Referring to a book of the same title written by British art historian and semiotician Stephen Bann, the myriad philosophies of direct observation, collecting, travelling and documenting serve to characterize an individual connection with both memory and duration.

Presented in the space as a growing collection of object assemblages, combination prints, time based film clips and printed matter a range of ethnographic and communicative exercises associating toward the psychological phenomena’s of anthropomorphism and pareidolia are displayed, bringing into question how the psychology of human communication determines our perception of image and language construction.

Conversely Joseph suggests, ‘If the book, as a designed object, or the compositional layout of a page can often serve as a kind of gesture and confirmation of the retinal chain of literacy co-opted between sign, index and symbol, so too, a series of autonomous forms can also be positioned as a repository for the ephemeral infliction at play between the immobile to mobile relationship of the visual to textual, and vice versa.’