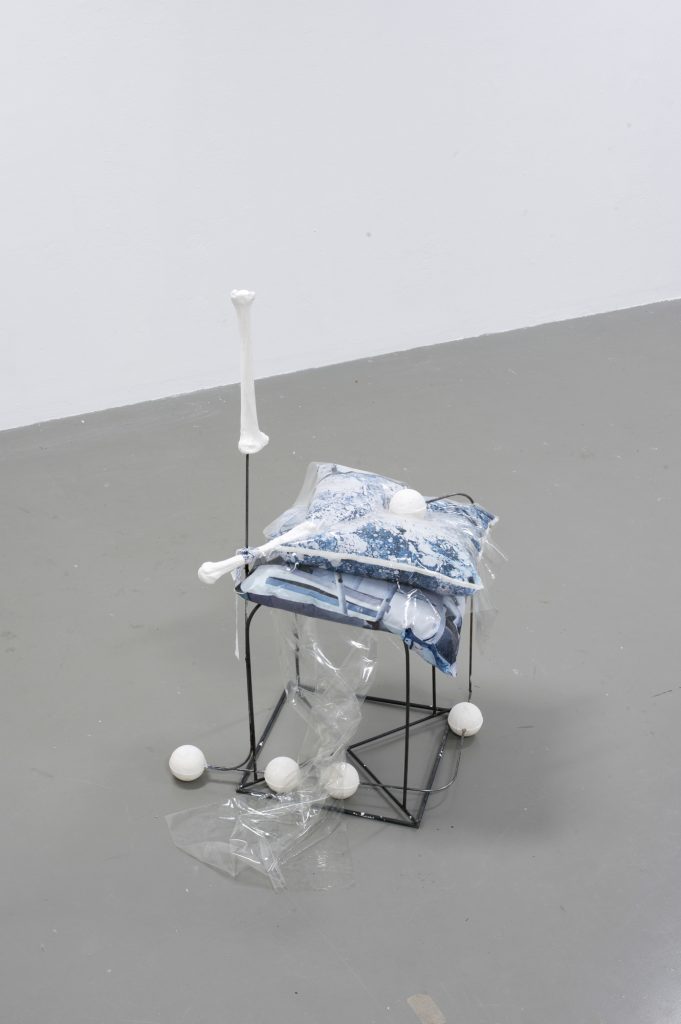 What has four sides and is decorative?

An image of a brick as an emblem for the exhibition series, is as self-evident as it is illustrative for the issues encountered by four artists attempting to assemble a show. In May 2014, an earlier version of the exhibition was shown at Kim? Contemporary Art Centre in Riga, Latvia. NF Presents: Vrom Ee toe Bie toe Zie toe Die is the first NF solo show.

NF does not stand for one single thing (it stands for everything that starts with N or F), the artists involved do not strive for a common goal and have used the expression pleasant friction to describe their practice. NF agrees to disagree.

The exhibition where nothing moves from Ee to Bie is operated by Ee toe Bie toe Zie toe Die instead. Its final stage will take place at an exhibition hall in Oslo, Norway in late autumn.

Nicholas Riis plays himself: He is separated from the group by geographical distance and functions as an invisible force behind NF. Does he feel for NF as much as NF misses him, or is his absence just a projection? Nicholas got Norwegian funding so has been focussing on his studio practice. He is currently running Kazachenko’s apartment. Domestic rock and roll runs in his family. “The perspective becomes more round, it looses corners and becomes object”

Evita Vasiljeva plays herself: She needs input by others in order to formulate her thoughts and mostly disagrees with fellow NF members. She won’t formulate anything on behalf of NF, but isn’t her personal opinion NF? Evita still has nervous breakdowns every now and then, but recently started her practice in meditation and buying books. “But I like the imperfection of Riga! That it was weird and strange, yeah”.

Adriel van Drimmelen plays himself: He formulates things, in a way, too personal and precise way. He feels responsible for formulating what NF is aboutand functions as a reality check – or is he simply afraid? Adriel has unfortunately become a nihilist and is now not only questioning NF but also himself. “When you look at a brick or cube, doesn’t really matter, from a zero point perspective, you simply see a square”.

Frederique Pisuisse plays herself: She tries to hold on to her illusions of NF as a group. Functions as a moderator within NF but always fails to remember its essence – or is there no such thing? Frederique took control of her life and started to see art more as a way of getting to places. Yoga, meditation and intensive drugs are involved from time to time. “This show is like a brick through the window”

The exhibition is made possible through the support of Amsterdam Fonds voor de Kunst and the Cultural Funds of Latvia.