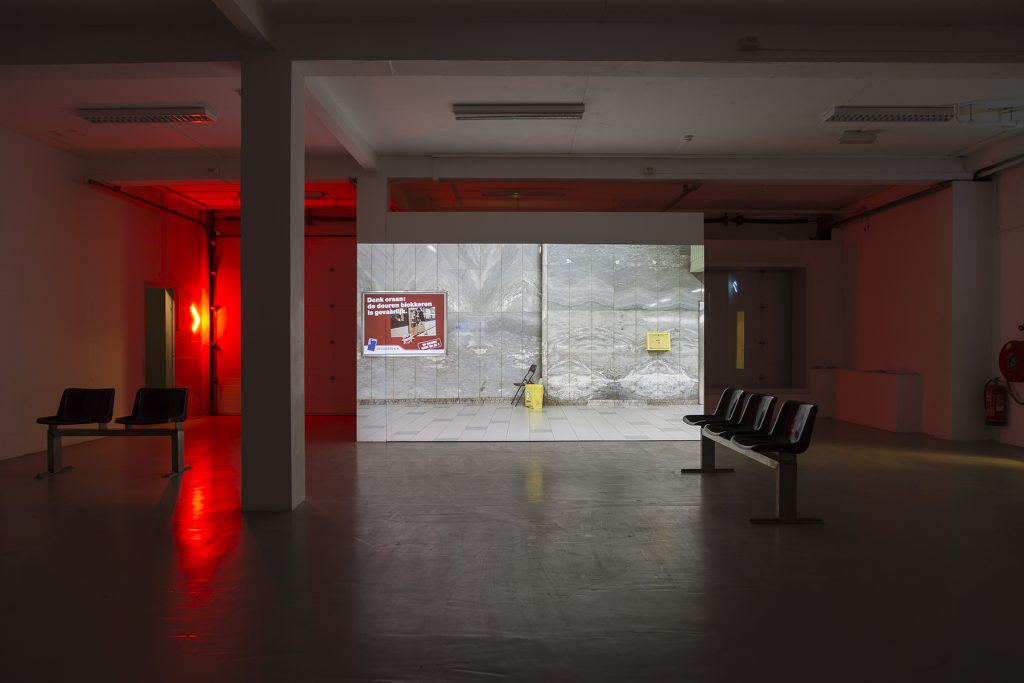 Chaim van Luit (1985, NL) is interested in getting a handle on time mechanisms and a universal order. Although he considers himself a painter primarily, Van Luit works with different media in an intuitive artistic practice which displays performative qualities, transformations of loose elements and a focus on perception and exploration. Van Luit often uses non-traditional materials from his immediate surroundings, which play an important role in the work: most of it is conceived outside of the studio.

Partly due to his background in graffiti culture, Chaim van Luit is fascinated by underground realms such as basements, car parks and sewers. For his solo-exhibition ALGEMENE STUDIES/ETUDES GENERALES, Van Luit spent several months exploring secretive underlying systems of subway stations in his current residence Brussels. The exhibition title refers to a door sign in one of the stations. Instead of simply explaining what’s behind the door, this illogical description struck Van Luit as rather poetic and also applicable to the practice of art. In P/////AKT, Van Luit exhibits video observations of passers-by, fourteen actual waiting seats, and footage of both a musical performance as well as the artist’s discovery of a bunker-like control room from which the background music in all of Brussels’ subway stations is regulated.