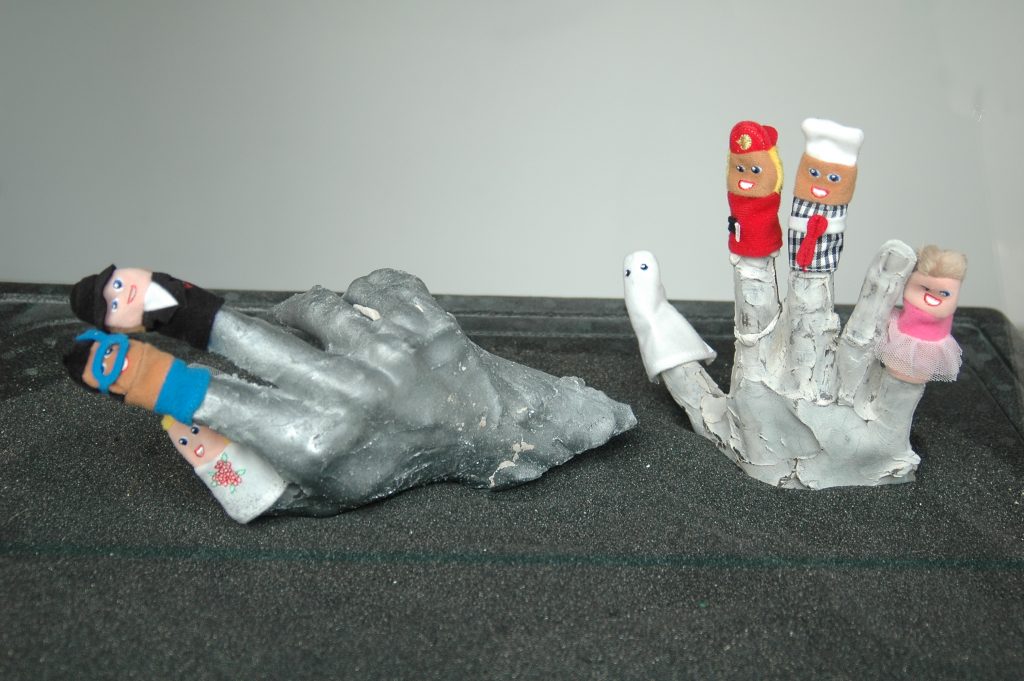 Gino Saccone is occupied with making sculptures, images and films that explore the basic mechanics of language and how information can be formulated and expressed. The works are the result of both symbolic and intuitive processes that are concerned with the potential for movement and metaphor to engender meaning and inspire a feeling. Through a process of inter-relating different elements Saccone intends to open up potential fictions, cultural references and psychological spaces.

Featured in the show is New number (+31). This work is the artists telephone number made by painting individual numbers on canvases or paper and displaying them in one long line. Amongst other things he refers to it as a self-portrait. Another major work, Secret Chord, is a large printed sheet of 5×3 metres hanging in the centre of the space. Each side of the sheet is printed with a stereogram, which is an optical effect like that used by the Magic Eye pictures of the 1990’s. The effect of these images makes it appear as if there is a sunken-relief within the picture, though it only becomes visable when the eyes are crossed. Gino Saccone grew up in Jersey and graduated from the Royal College of Art in London. He is currently a resident at the Rijksakademie where he last year received the Uriot Award at the open studios.