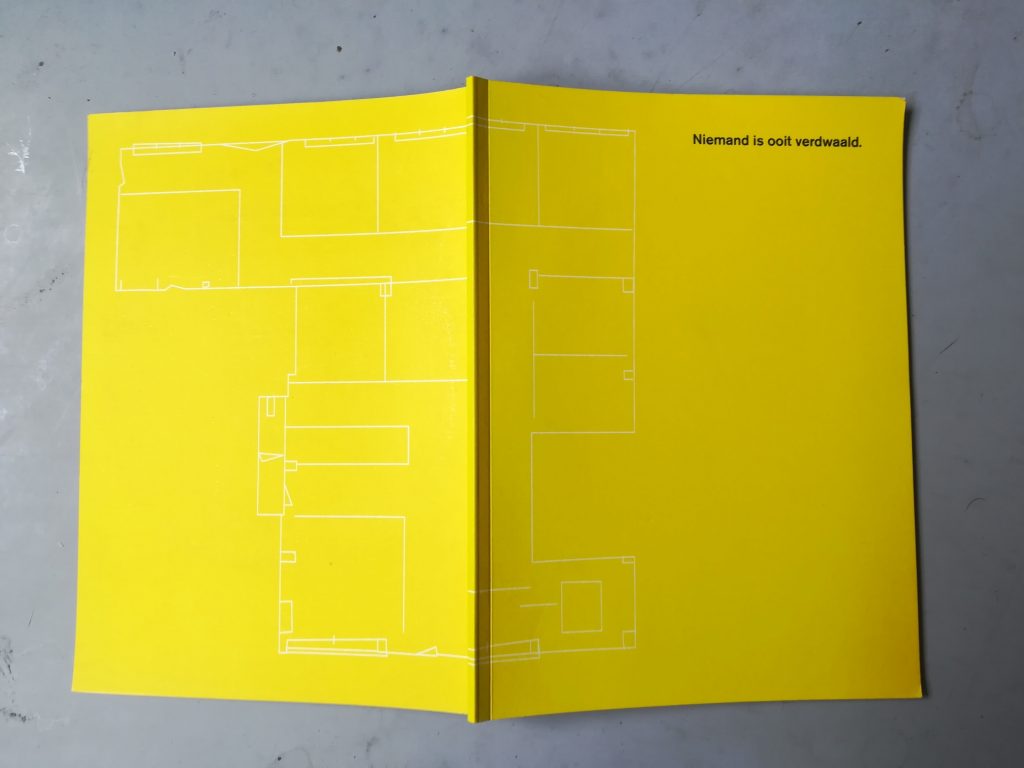 ‘Niemand is ooit verdwaald’ was a project about ‘the Art of presenting’ in collaboration with Kunstenaars&CO.

The exhibition is the result of a collaboration between 12 young visual artists. Based on the individual works, a film script was devised by Rick Fraterman, which subsequently guided the layout of the exhibition in the form of a film set. Matijn Dijksma then filmed the script based on the artworks shown.