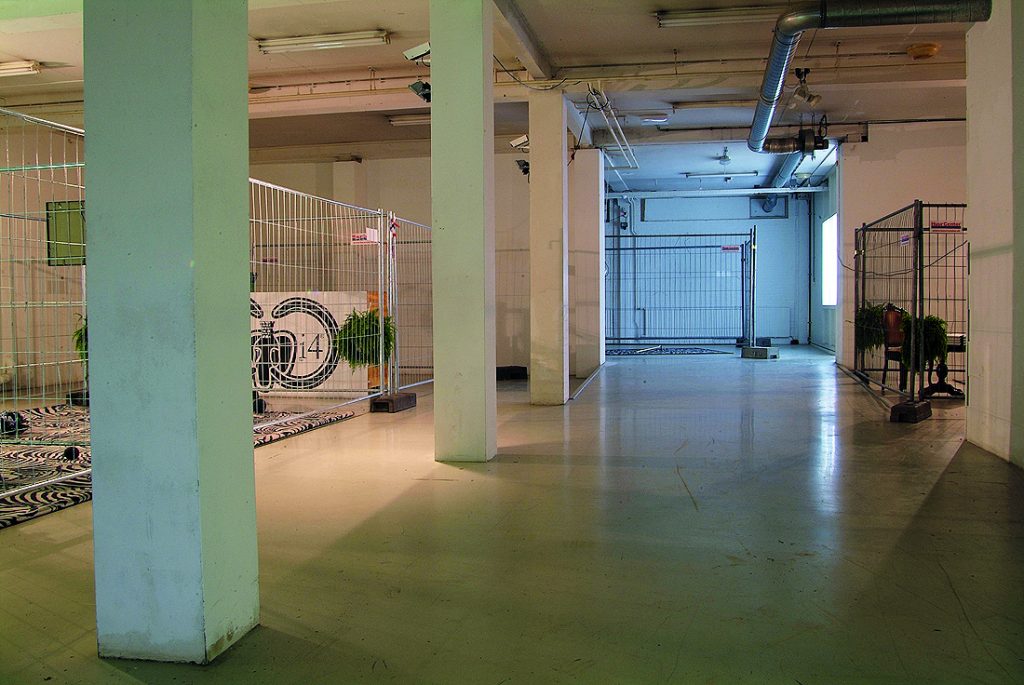 Clup-Ivoor (Clup-Ivory) was an initiative of ax710 and Rob van de Werdt, an independent initiative that had been operating within P/////AKT for a while in parallel to the regular program. The Clup examined the principle of the elite in the arts, for which an alternative program was initiated:

Clup-Ivoor was elitist. The activities of Clup-Ivoor were only accessible for a select audience. A visit to the Clup was only possible by invitation from one of the hosts. One of its activities was the “Galerij d’Ivooren Wandt” (“The Ivory Wall Gallery”). In the gallery, Clup-Ivoor showed work by its novices – in the opinion of the hosts, these were talented young artists who stood out the previous year for their original work. During the opening hours at P/////AKT,  Clup-Ivoor invited one specially selected visitor to view the novice’s work in the gallery in peace, while enjoying a snack and drink and exchanging thoughts with the hosts.

Celebrating its 1 year anniversary, the Clup gave a one-time public opportunity to see some of its activities in the form of an exhibition in P/////AKT, presenting the work that the novices previously showed in the “Galerie d’Ivooren Wandt”. The work varied from conceptual art to more engaged work. The Novices were: David Jablonowski, Sander Houtkruijer, Daniël Dennis de Wit, Frank Ammerlaan, Roger van Hout and Jantine Wijnja.

In addition to the works, Clup-Ivoor presented the “Collection of Novices”. A luxurious folder, signed and numbered in an edition of only 15 copies, with work specially made by the novices for the Clup Ivory collection. The publication is a unique document and, according to the hosts, a valuable collection of works by a new batch of promising artists.